SS opened a well-attended and positive meeting with her report and Artsmile was extensively discussed and evaluated with the following points noted:

* Highly successful with a larger number of venues than in previous years and some 1,600 attendees – nearly double the standard Artsmile attendance.

* Whilst this was due in part to the generous support from Harborne Village BID, it was aslo a result of commitment and hard work from SS as project manager.

* Tailoring workshops to venues was seen as an issue with imaginative suggestions for small venues (e.g. creating and sharing images on phones)

* A notable shift towards more adult participation was welcomed as was more interest from local schools, though the problem of timing (school year and holidays) was noted as a perennial problem in actively involving them.

*  It was felt that the community workshop element could be publicised more widely and increased in scope and impact in future years.

* TJ drew attention to the necessary annual funding campaign but noted that financial support from Harborne Village BID this year pointed towards more collaboration on this in future.

* The meeting strongly supported the seventh Artsmile and looked forward to a larger more inclusive and more ambitious Artsmile 2020.

TJ explained this relationship by a brief historical account of how they came about. Artscoop Central is an open and flexible group of artsit/facilitators dedicated to actively promoting ‘the arts with social purposes’ mainly, but not exclusively, in SW Birmingham. It does so in various ways:

* Artscoop (and in its previous forms) has a strong track record of initiating and organising arts projects eg ‘The Birds’ Wedding Day ‘with St Augustine’s Church and Cerebral Palsy Midlands, and ‘Reservoir of Values’ to creatively articulate how users perceive Edgbaston Reservoir)

* Edgbaston Arts Forum (EAF) is a vehicle for enabling residents, artists , community groups and cultural venues to connect with each other in order to promote, enrich and expand a local arts culture in Edgbaston constituency. TJ emphasised that this is an enabling, rather than delivery, function of Artscoop Central and, as a Local Arts forum (LAF) how EAF is funded annually through competitive commissioning  by Birmingham City Council. TJ noted that in managing EAF, Artscoop is associated with No 11 Arts, the parent body and single voice for all ten LAFs in Birmingham. He outlined how Artscoop aims to conduct EAF through until March 2020 and requested that people present shared knowledge of local arts opportunities, events or organisations through with Mikey Ball , who is managing EAF social media on behalf of Artscoop. As another function of EAF, TJ is compiling an audit of local arts opportunities in Edgbaston constituency and , again, requested that those present share any information they might have on this topic.

The meeting concluded with a round of applause for SS as project manager for Artsmile 2019 and informal sharing of current localised or personal arts activities.

Details of a pre-Christmas, probably more social, meeting of  Artscoop to follow. 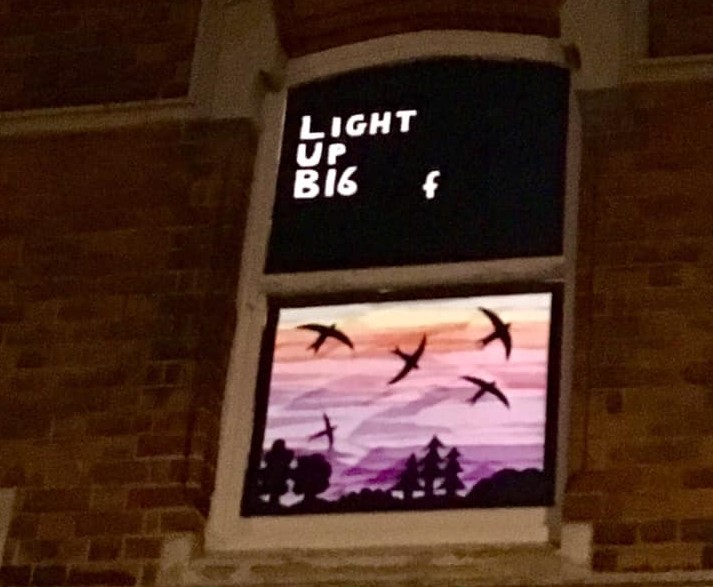 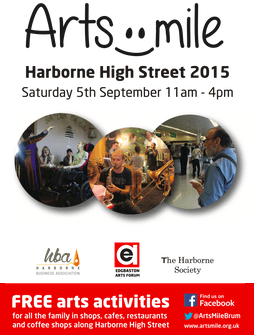